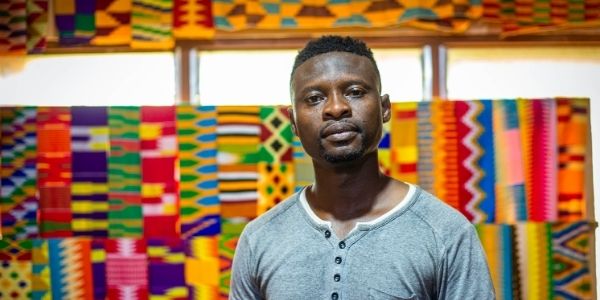 The material from which new beginnings are fashioned

Samuel left Ghana in search of a better life in Europe. He has now returned to Ghana after a difficult last few years, and wants to establish a new livelihood in his home country. He began to carefully plan the operation of his own weaving mill even while he was still in Germany.

Stuttgart, October 2020. Samuel from Ghana is sitting at a table with a pile of documents in front of him; sitting opposite him is Uemit Kepenek. Kepenek is a return advisor at the Arbeitsgemeinschaft für die eine Welt (AGDW – One World Working Group), and has been assisting Samuel with various tasks over the past few months. Samuel picks up one of the documents: its title is “Business Plan”, and has a thick line underneath. The plan was prepared by Samuel with help from another advisor – Ismael Santos, his coach from Social Impact. Samuel’s project to run his own weaving mill in his home country has now developed into something concrete. The 40-year-old is about to go back to Ghana. 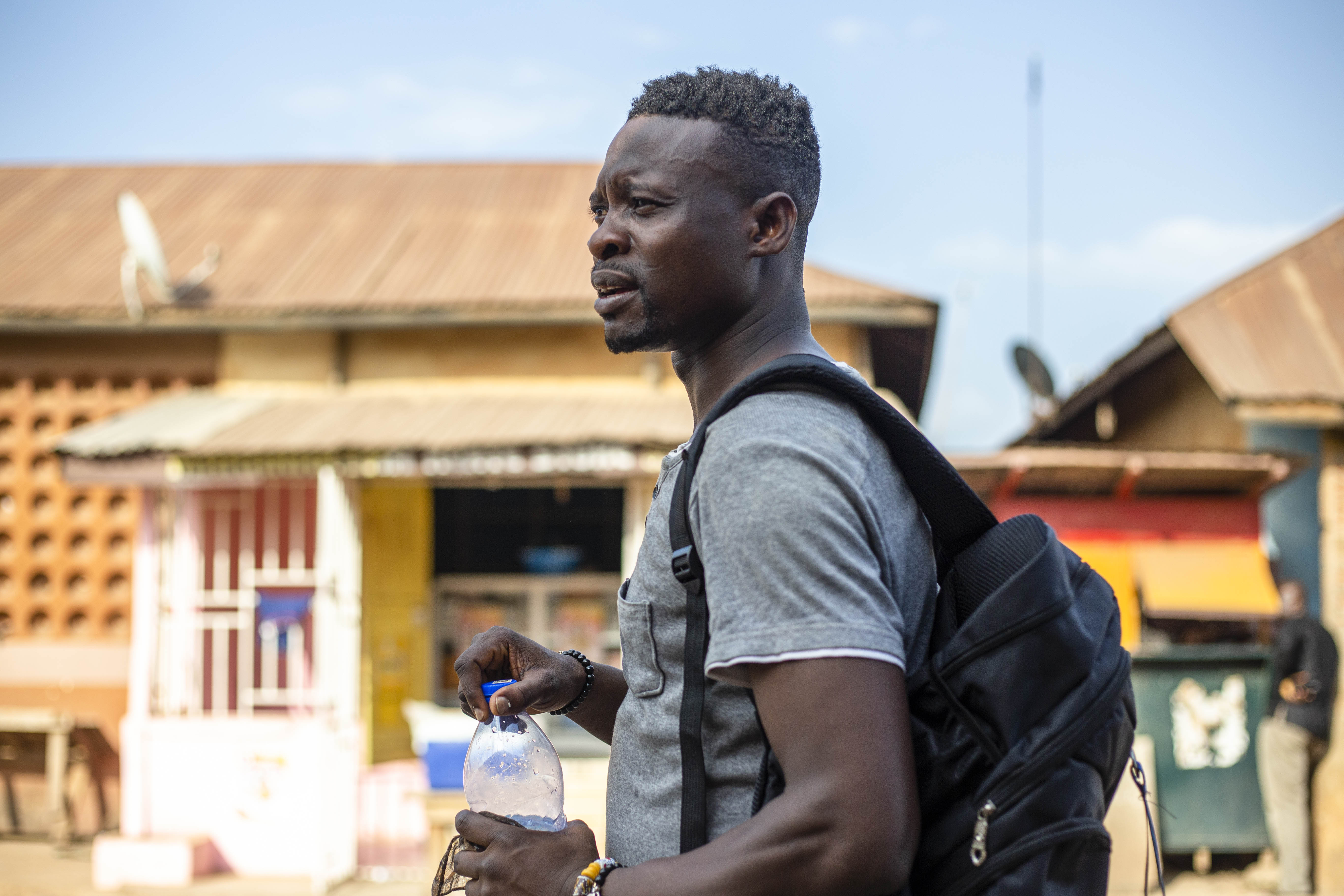 Training to be a multiplier

Prior to his return, Samuel also took part in training provided by the Sparkassenstiftung to help those who are planning to start a business. This foundation is partnered with GIZ, and runs training courses to prepare potential returnees for launching a successful new business in their country of origin. Samuel’s course included training to be a multiplier, so that in future he can act as a networking agent to advise other people in Ghana and be their point of contact. “Samuel is highly motivated”, says Annika Eberhardt. “He has the potential to successfully establish a livelihood for himself once he goes back.”

Samuel left Ghana back in 2010 – going to Italy at first. “Life there wasn’t as straightforward as I thought”, he now says.  “I did actually have a work permit, but there weren’t any jobs. I found work in a restaurant, but the salary wasn’t even enough to cover my bills.” He moved on to Germany in 2017, hoping for better career prospects. But his dreams didn't come true.

“Sorting out a fresh start for myself”

“I decided it would be better to go back to Ghana and restart my life all over again”, explains Samuel. He turned to the Ghana Union in Stuttgart, a diaspora association, and received assistance to pay for his air fare. But the corona pandemic meant he couldn’t travel as planned. “That was my bit of good fortune”, says Samuel. The Ghana Union then put him in touch with the AGDW return counselling centre, where he could take advantage of their advice and business start-up training.

“I learned a lot there that I’m sure I’ll be able to apply in my own business”, says Samuel. He especially wants to use his weaving mill to produce traditional Kente fabrics. This idea didn’t arise by chance. “I had already learned how to weave Kente in Ghana before I went to Europe.” Indeed his business already exists in principle, since Samuel was a partner in a weaving mill before he emigrated. Now he’ll continue to run the workshop as its sole owner – with expertise gained from the training sessions in Germany and a new professional outlook on things. 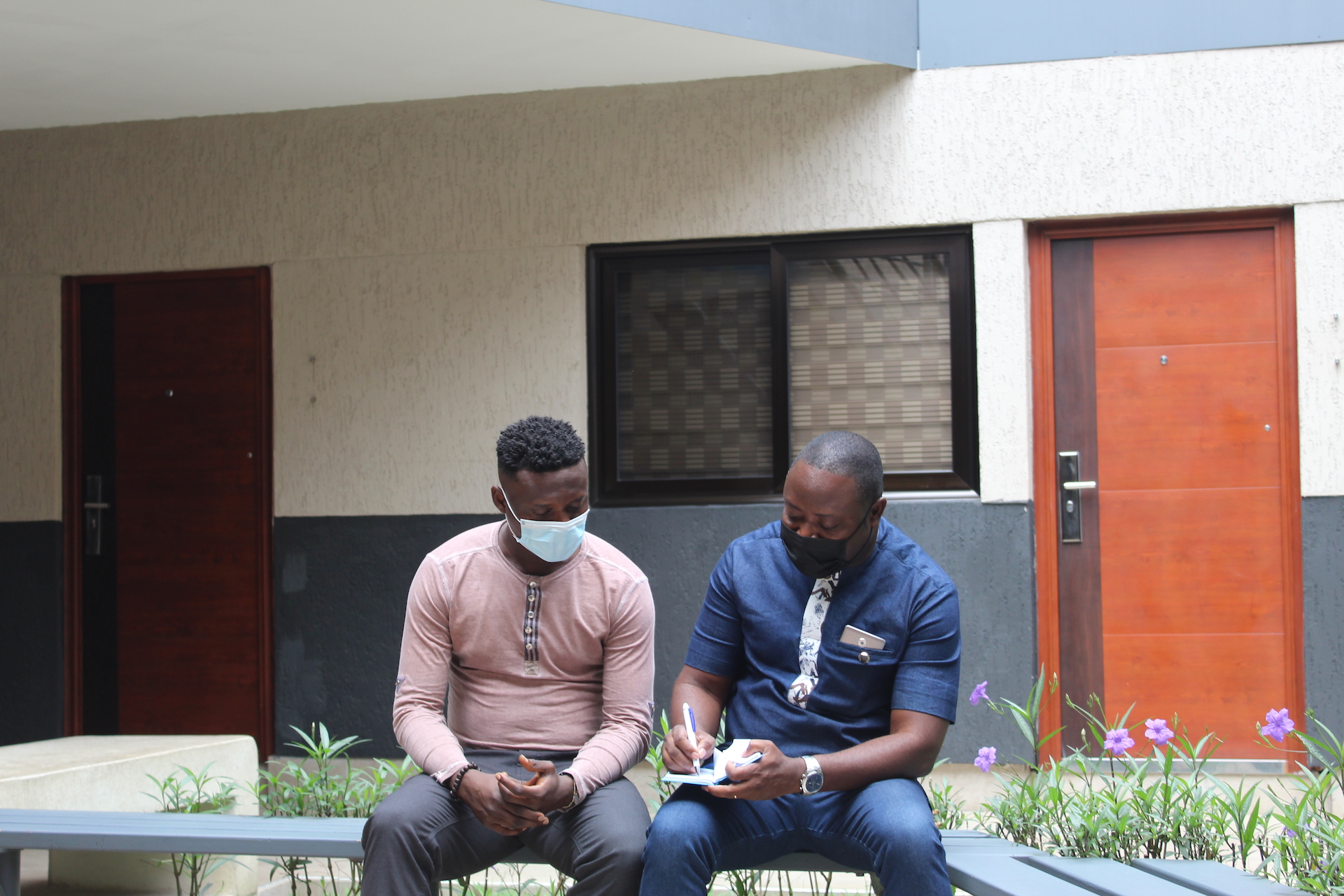 November 2020. The time has come for Samuel to travel to Ghana, where his family is already waiting for him. Once back in Accra, he meets with an advisor from the GCC. He had already been in touch with the advisory team when he was in Germany, for instance during his coaching at Social Impact. Samuel is wearing a brightly patterned shirt as he walks into the centre for the first time, and he seems hopeful. His conversation with advisor Ernestina Adu lasts two hours. They talk a lot about the difficult times that the returnee has been through in the past. It will take quite a while before he has processed all of that.

Ernestina Adu is impressed with Samuel’s ambition, and would like to help him achieve his goals. “We’ll support him on his journey, and give him the hope and inspiration he needs to settle in more easily.” Samuel travels to Kumasi after the conversation to visit the weaving mill and implement the final plans to put it into action. 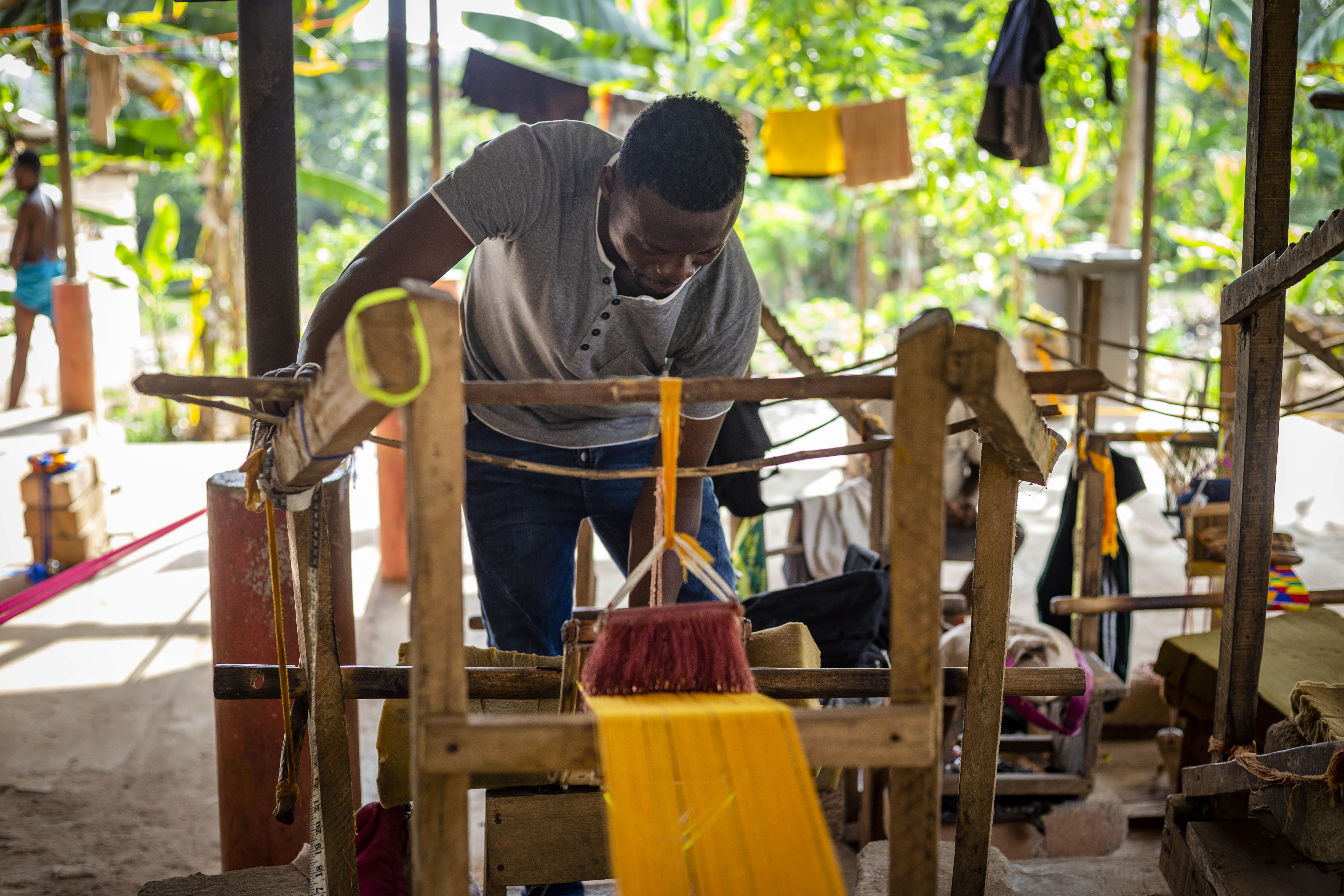 Ghana, January 2021. “We’re certain he can be successful”, enthuses Ernestina Adu. “He knows the weaving business well, because he was involved in it before he left.” The advisor also refers to the training courses that Samuel completed in Germany to make him better prepared. “I’m convinced he can make the most of this knowledge for his business.”

Samuel agrees, and he tells her that he has started to make new contacts in the Kente weaving industry. This network will enable him to obtain raw materials and thus further boost his business. Samuel feels motivated by the training courses and consultations with the GGC, and believes he is well equipped for his new start. I’ve set myself the ambitious target of being one of Ghana’s best traditional weaving operators within the next five years.”

“I learned a lot in Germany that I’m sure I’ll be able to apply in my own business.”
Samuel 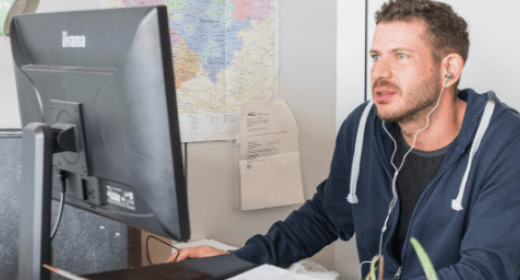 We are creating an even stronger network of people

How StartHope@Home's business start-up advice is functioning during the corona pandemic. 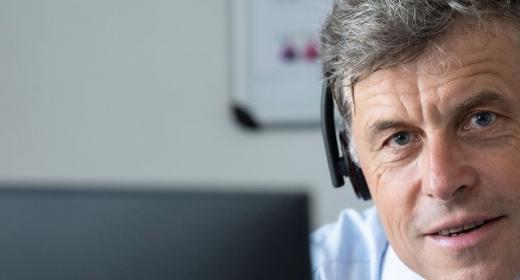 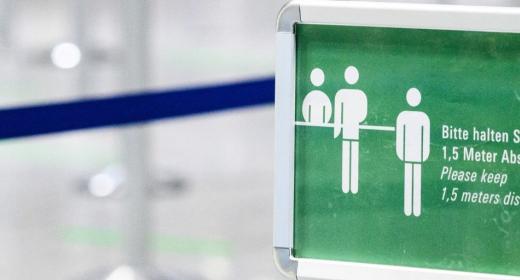 Plans for going back during the corona pandemic – questions and answers

Returning to your home country involves many questions even under normal circumstances. The corona pandemic adds completely new uncertainties. Here you can learn the most important facts about the situation at present. Eight questions and answers.