Empowered for a new start in Tirana

Empowered for a new start in Tirana

My name is Ana and I’m 29 years old. I’m now working in a call centre in Tirana, the capital of Albania. It gives me the chance to use my language skills that I picked up abroad.

But let's start at the beginning: at 17 I had dropped out of secondary school in Albania to get married. Shortly after my marriage, I gave birth to a son. I never imagined back then that I’d have a good job one day.

As a young woman, I only had badly paid jobs or was unemployed. I follow Islam as a religion and at that time I wore a hijab. For a long time in Albania’s past it was forbidden to practice a religion. That had certainly changed by 1990, but I still found it difficult to get a job when I wore my hijab. I felt excluded. And I didn’t even have any qualifications.

Given this situation, I went with my then husband and my son to Germany in 2015. We learned the language and my son went to school there. But we came back to Albania again when our asylum application was rejected. We stayed for just under a year, although our situation hadn’t improved. Life for me became even more difficult because my husband was subjecting me to emotional abuse and being physically violent to me. I wanted to leave him, but this only happened 4 years later. We got divorced in 2019.

Despair during the corona pandemic

In the meantime, we’d still tried living and working together in Spain. But we couldn’t even stay there, so I came back to Albania with my son in 2020. The economic situation here had got worse though, due to the corona pandemic. It was unbearable. I went back to Spain where my sister lives, but even there I couldn’t get enough work. That’s why my son and I moved on to Germany. Over the years I’d always used German courses to improve my language skills. I also attended computer courses. I wanted to learn. We were only able to stay a few months in Germany and then my asylum application was rejected. I cried nearly every day at that time.

While I was still in Germany, an aid organisation told me about the German Information Centre on Migration, Training and Career (DIMAK). My return counsellor helped me to make online contact with DIMAK. The team there gave me advance information about the support I could get with returning to Albania.

Help with a new start and finding a job

I then called DIMAK in December 2021 when I came back to Tirana with my son. The team welcomed me and referred me to the aid organisation Different and Equal. They helped me to find an apartment and have various important documents like my divorce papers translated. The psychosocial counselling from a psychologist was also important in helping me to regain my emotional stability. My son is now also back in school and learning Albanian. The vocational advice from DIMAK and Different and Equal meant that I then got a job in a call centre in January 2022. I’ve also renewed contact with my parents, which had been lost over the years. Now I feel confident. And if there’s one thing I’ve learned from life it’s that women really are strong. No matter what happens, we never give up.

This text is written in simple language, which makes sure that it’s easy for everyone interested to understand.

Women really are strong. No matter what happens, we never give up.
Ana 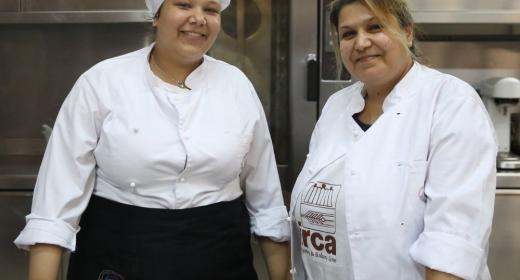 Albania | Offers for women and girls

Bakery skills with a future

My name is Igrita and I come from Albania. I emigrated to Germany with my husband and three daughters in January 2016. What did we want? A better life! It actually went well: my husband found work as a welder, I as a cleaner and the children attended school. They quickly learned German. Yet we missed our family, our friends and our culture in Albania. So we returned in January 2017. 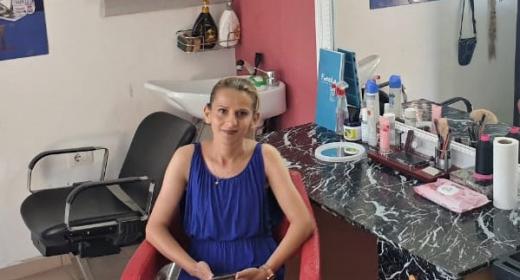 Albania | Offers for women and girls

Majlinda already had the talent, dedication and ambition to be a hairdresser. After her return to Albania and with some help, she was able to fulfil her dream of having her own hairdressing salon. 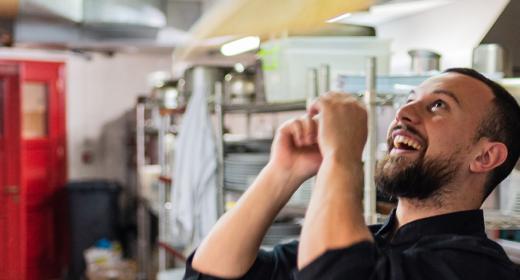 My name is Realf and I am 25 years old. I went to Germany in early 2018 and wanted to start a career there. But after five months I realised that would be difficult without a legal status. So I returned to my homeland, Albania – then completely new opportunities opened up for me there. What happened was that