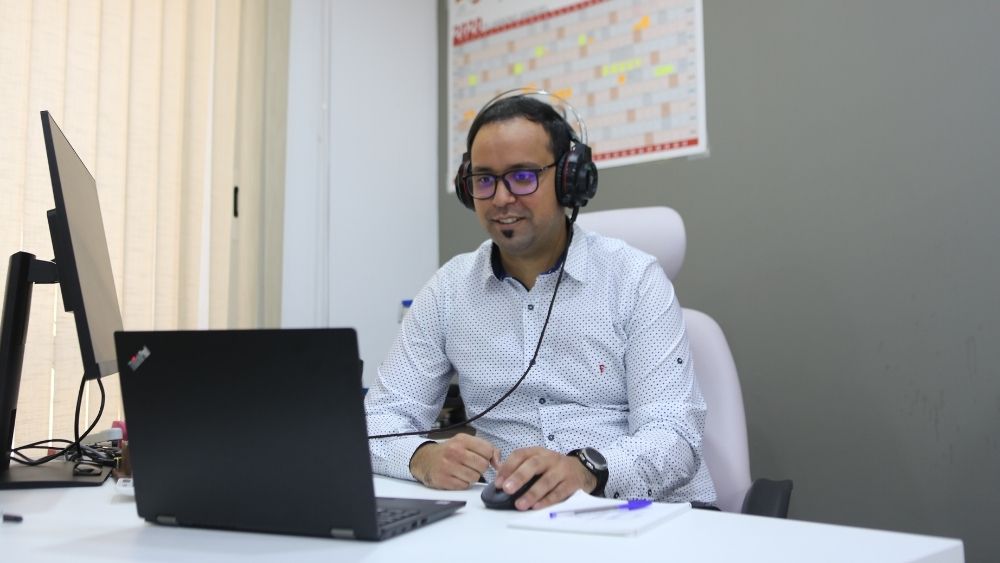 Oussema Ben Younes often starts the day by visiting Sidi Mansour beach in Sfax, Tunisia. He enjoys the view of the sea, but at the same time it pains him. This is because his home city has become a hotspot for illegal migration. Many people seeking new opportunities in Europe use this as the staring point for their sea crossing. “They've no idea what awaits them there, and they know too little about the opportunities available to them here in Tunisia”, says Oussema. He’s an advisor in the German-Tunisian Centre for Jobs, Migration and Reintegration (CTA), and is doing his bit to help change that.

Oussema works in the CTA providing advice on matters like training, employment and starting a business, and speaks with those seeking advice to jointly find individual solutions. The advice centre in Sfax was opened in February 2020, following on from the centre which had already opened in the capital Tunis. The two centres are operated by the Deutsche Gesellschaft für Internationale Zusammenarbeit (GIZ) GmbH. They form part of the "Returning to New Opportunities" programme run by the German Federal Ministry for Economic Cooperation and Development (BMZ). 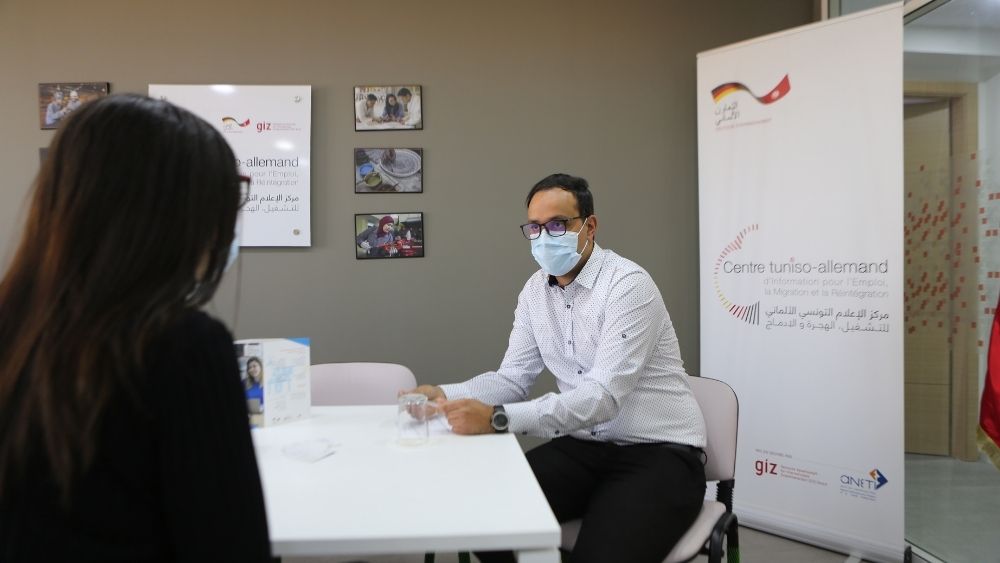 The opening in Sfax coincided with the outbreak of the corona pandemic. This means that Oussema spends most of his time on the phone. “But we do also meet up for a face-to-face conversation if the person concerned is in a really difficult situation”, the advisor says.“There’s a risk that something may be misunderstood on the phone.” Hygiene rules must of course be taken into consideration when holding conversations in person.

“Recognise what the individual can achieve”

Oussema remembers every single one of the people he has given counselling to. One young man in particular however is etched in his memory. This individual had already been working in Tunisia as an industrial welder for a number of years, but desperately wanted to go to Germany where he saw good opportunities for himself. He hadn’t completed any training though, so had no prospects of getting a job as a skilled worker in Germany. Oussema explained this to him gently.
Though still, “He was very frustrated and feeling lost. I had the impression he was already in the clutches of the human traffickers”, the advisor recalls. “All my alarm bells go off when I hear: ‘If it doesn’t work out here, then I’ll just try somewhere else!’” 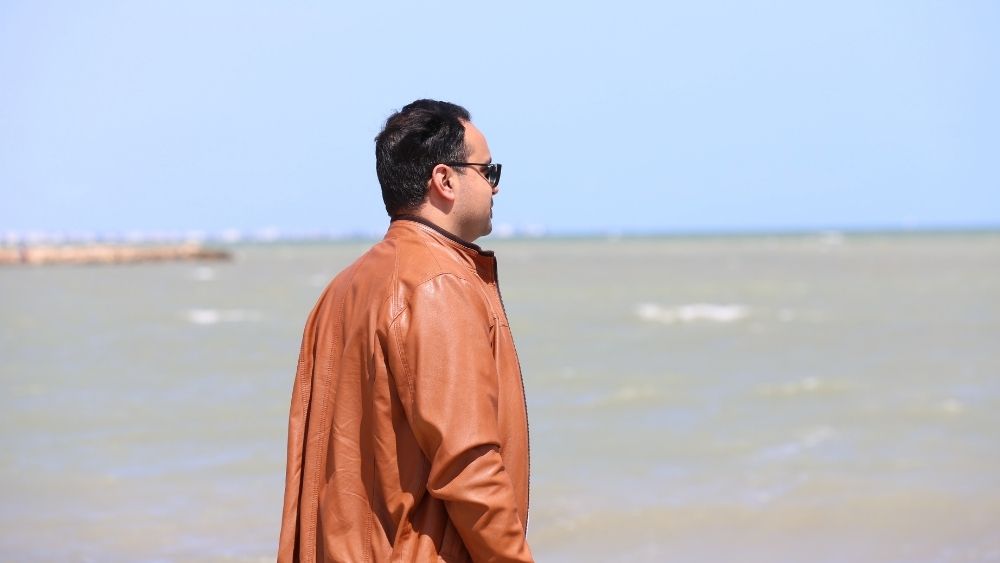 Oussema says that he should never criticise his counterpart too much, however. He would never say something like “You’ll fail, don’t get in the boat!” Instead, he tries “to recognise what the individual can achieve and encourage them to build on that.” He is more than just a career advisor. “I always see the whole person with all their abilities and concerns.” That’s why the consultations can take a long time.
“Sometimes people need peace and quiet to sort out their thoughts and let everything sink in. When they finally realise for themselves that their plan isn’t working, I can steer the conversation towards the alternatives available to them in Tunisia.”

This was how he inspired the young industrial welder and referred him to the Tunisian vocational training agency (Agence Tunisienne de la Formation Professionnelle – ATFP), which is only a few metres away from the CTA. The young Tunisian can complete a vocational qualification there within three years. “The most important thing for me is that people leave my office with clear ideas about their future career and future life. A fulfilled life, in which they also give something back to society and feel a sense of belonging to it.”

Oussema was also able to encourage a woman in her late 30s from Monastir to register with one of the many GIZ partner organisations instead of emigrating. This experienced finance and administration manager was seeking a way out of her problems with unemployment. “This phone consultation only lasted 20 minutes. The woman was well educated and the conversation was fluid and effective. Right after that she sent me a message and thanked me”, Oussema recounts. “I’m no saviour, but I can change the way people think about migration and show them alternatives.”

The most important thing for me is that individuals leave my office with clear ideas about their future career and future life.
Oussema Ben Younes 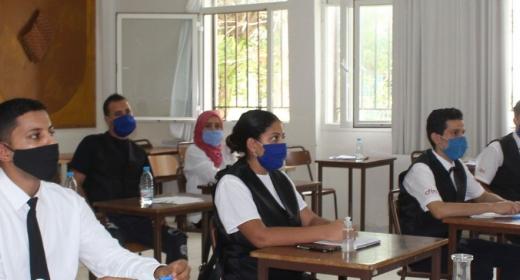