"These people's problems are also my problems"

It's 8:30 in the morning in Belgrade. Tamara Vučenović dials a phone number and waits patiently for someone to answer. The family that Vučenović is calling arrived in Serbia the evening before. The parents and their two children had been living in Germany for six months. Vučenović asks how the family is doing and whether everyone has recovered from a long journey. She is an advisor at the German Information Centre on Migration, Training and Employment (DIMAK) in Serbia. Vučenović assists returnees to come back to their country of origin and build new prospects for themselves there. In addition to returnees, DIMAK target group also includes both the local population and internally displaced persons.

Vučenović conducts this morning's conversation with the family just like all her other conversations: with respect, on an equal footing, using clear language.

"I feel a deep empathy with these people, and I want to help them", says Vučenović. "They all have quite different concerns. Some are looking for a job, others don't know which authority is responsible for what. They have questions concerning social services, health insurance or schools for their children." Vučenović knows exactly which agencies provide assistance in specific situations. She  refers them to the appropriate contact persons.

After her initial conversation with the family, Vučenović has a long list of tasks she would like to cover prior to their next conversation the following week. The daughter (15) and son (16) urgently need to start school and Vučenović wants to avoid them having to repeat a year. Finding a new school is therefore the top priority on her list. Just like this family, Vučenović advises all returnees individually. Due to the Coronavirus pandemic DIMAK team in Belgrade had switched to conselling by phone or via messenger services.

In the afternoon, Vučenović is delivering an online seminar. It is attended by around 20 women and men from a village in the south of Serbia. They are looking for jobs or want to change careers. Vučenović explains the job opportunities she has available. DIMAK cooperates with companies that urgently need workers, for example in agriculture. In the coming days, the participants will learn how to write a CV. During the training, they will be assisted in formulating their goals for the future.

"I‘m trying to give people a positive outlook", says Vučenović. "Their problems are my problems as well. We are trying to solve them together." Months later, she often receives photos of women and men she has helped. Such as recently from Mile, a single father with three children. The advice he received from Vučenović helped him start his own carpentry business.

I’m trying to give people a positive outlook.
Tamara Vučenović 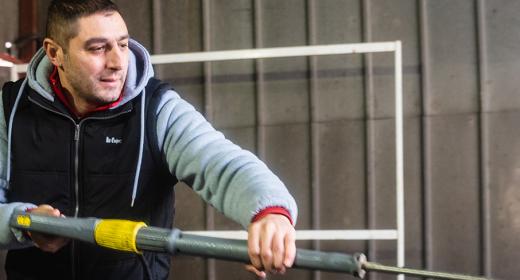 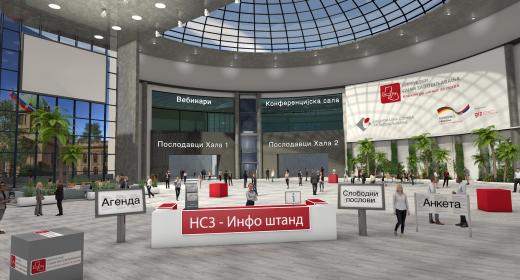 Serbia | Employment and Setting up a business

Virtual job fairs – a format with a future

Getting to know your future employer online – virtual job fairs make it possible. The German Information Centres for Migration, Vocational Training and Career (DIMAK) in Serbia and Albania also use this format. In a joint interview, Marija Brankovic from DIMAK Serbia and Earli Shima from DIMAK Albania talk about their experiences with virtual job fairs and the challenges and opportunities of the concept. 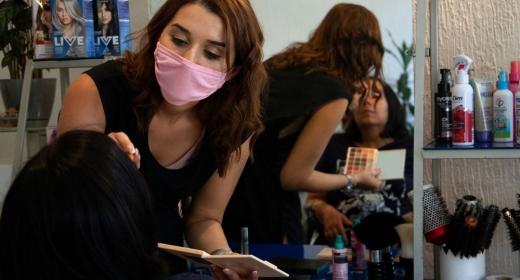 Happy to be home again

I found my new professional home in a beauty salon in Serbia. My path to get here was a long and difficult one.